On Wednesday, April 24th, the Cleftlands lists were opened up to all armored combatants to test their mettle in the annual tournament. The theme of combat for the tournament was a random weapon style, including a rather humorous two-shield survival challenge. Numerous inspired combatants stepped forth and took to the lists. When the flurry of rattan, shields, and sweat slowed and the last blows were counted, one armored combatant emerged victorious.

Congratulations to the Duke Valharic Caligula Aurelius, inspired by Baroness Adele Kramer, for winning the novelty-themed tournament and the tourney prize of a folding armor stand* created by the hand of Baron Crispin al-Rumi and a custom Roman-inspired necklace and earring set created by Lady Miriana of Cleftlands.

In addition to the armored festivities, Lady Claricia de la Mere sponsored a friendly wagers table. While no one won the grand prize selecting the square with the final tournament combatants, second and third place were awarded to Forester Gwyneth Cole and Lady Sabine de Ancastre. The first place prize will carry through to the November rapier tournament later this year.

The Cook’s Guild sponsored a cooking challenge, with the theme of citrus. Here’s a small overview of the delicious offerings: 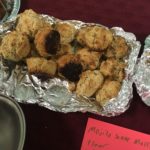 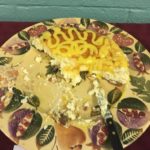 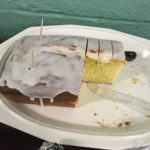 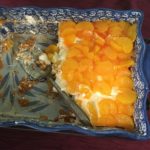 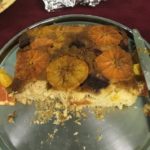 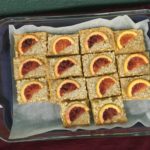 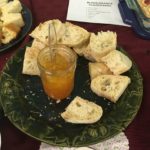 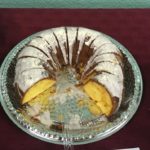 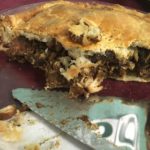 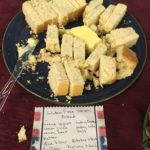