On Wednesday, November 30th, the Cleftlands lists were opened up to all rapier combatants to test their mettle in the annual tournament. Numerous inspired combatants stepped forth and took to the lists. When the flurry of steel and sweat slowed and the last blows were counted, one rapier combatant emerged victorious.

Special thanks to our marshals: Sir Silverthorn of Drachenmoor and Lord Reinhardt mit dem Bart; at the list table: Lady Jaquelinne de la Deicier and Lady Richildis of Rydychen; and to our many heralds throughout the night under the direction of Rav Ezra Ha-Yona. 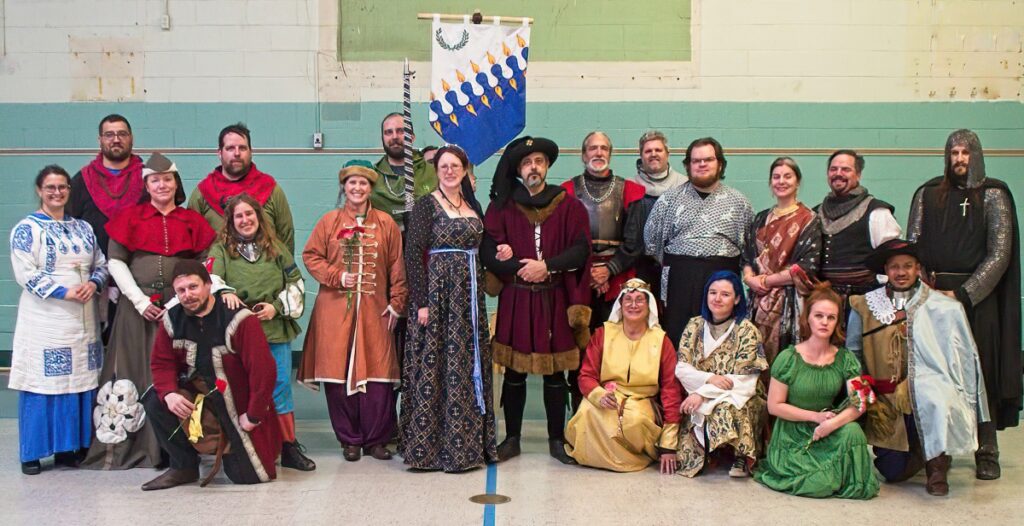