On October 25, the Barony of the Cleftlands celebrated the end of month with a gathering themed All Saints Day. Our many members arrived in saintly costumes, cleverly constructed masks, or in garb to revel the night away. The Cook’s Guild sponsored the subtlety challenge of disguised food and the cooks of the Cleftlands rose to the challenge, featuring several delectable and confusing dishes such as cracked eggs of chocolate and custard or the briefly-seen spider cookies! The Baroness’ gourd decorating challenge was met with several entries, from the chubby cheeked Jareth from Labyrinth to a 14th-century themed pumpkin decorated the pumpkin-headed saint.

Several contests for best costume and gourd were held with the following winners:

Highlights of the revel: 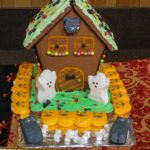 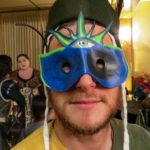 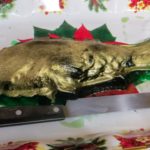 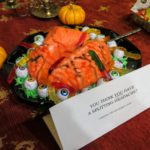 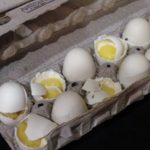 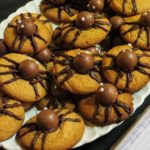 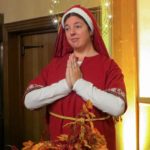 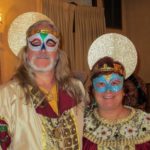 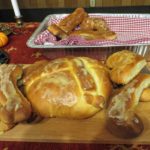 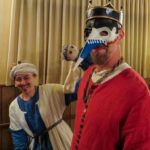